As thousands of Greenpeace supporters have piled the pressure on Coca-Cola, the mega brand is starting to take notice - but Coke’s answers aren’t yet good enough.

When we launched our report showing how Coke is failing to take responsibility for the damage its plastic bottles are causing in the ocean, the company said it was “disappointed” by our findings. What’s really disappointing is that in the past decade, Coca-Cola has actually increased the proportion of single-use plastic bottles across its global packaging mix. But when we delivered a 2.5 ton monument to ocean plastic pollution to Coca-Cola’s London HQ, a spokesperson simply stuck to the line that they were “disappointed”.

Since April, over 88,000 of you have written to Coke’s CEO in Europe, calling on the world’s largest soft drinks company to ditch throwaway plastic to protect our oceans from plastic pollution. Hundreds of you called Coca-Cola’s switchboard in a single afternoon, and have been sharing spoof videos and gifs on social media showing the devastating impact Coke’s single-use plastic bottles are having on marine wildlife. 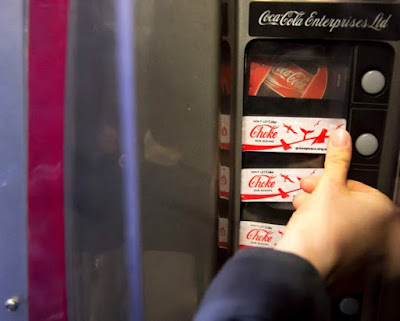 Posted by Gary Robertshaw at 00:11