In a week in which scientists warned that other species are facing “biological annihilation”, Population Matters is urging organisations which educate the public about natural history to stop pulling their punches and tell people what’s really going on. Earlier today, we launched our new ‘Welcome to the Anthropocene’ campaign outside London’s world-famous Natural History Museum, with the help of Big Foot, a spectacular and provocative “exhibit”.

Big Foot
Life-size Big Foot is made of hundreds of steel mesh “babies” and is standing on, or rather in, a squashed planet Earth with the remains of living things on his over-sized foot. A strong message which we think is needed to help people wake up to the danger the living world faces and the urgent need to do something about it.

Last month, our director Robin and PM patrons Chris Packham and Professor Aubrey Manning wrote to the Natural History Museum’s director, Sir Michael Dixon, asking him to ensure that the museum provides its millions of visitors with vital information about the state of our planet. In their letter they asked him to ensure the museum “takes the lead in presenting the facts about the impacts of our species upon the Earth, its biodiversity and ecosystems”, saying it is entirely in line with the museum’s stated mission:

“to challenge the way people think about the natural world – its past, present and future. We aim to stimulate public debate about humanity’s future and equip our audiences at every level with an understanding of science.”

Welcome to the Anthropocene
The impact of human beings been on the Earth in the last 200 years has been so deep that scientists are now calling for our period in the planet’s history to be called the ‘Anthropocene’ – the age of humans. Tragically, our impact has almost always been for the worse. Species of animals and plants are disappearing so fast that scientists and conservationists call it the ‘sixth mass extinction’.

The fine balance of chemicals in our air and seas has been disrupted with dangerous consequences – our carbon emissions are driving global warming and ocean acidification, while excesses of nitrogen and phosphorous from industry and agriculture are turning parts of the sea into dead zones.

Our enormous population growth – we are now adding a billion people every 12 to 15 years – and consumption are driving these changes. Population growth is not inevitable and we can end and reverse it, to the benefit of everyone, and everything, on our planet.


Posted by Gary Robertshaw at 10:04 No comments: 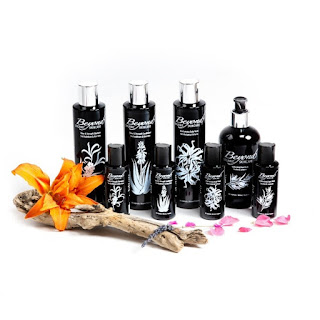 Our NEW Organic Shine & Strength Shampoo and Conditioner, Moisturising Body Wash and Antibacterial Hand Wash are free from all sulphates - instead containing gentle surfactants made from coconut, in quantities that cleanse without drying or irritating.

Gentle, mild & effective, these soothing concoctions are perfect for sensitive skin and those with skin conditions such as psoriasis or eczema. Each product contains a range of ingredients, including organic aloe vera and glycerin, to soothe and moisturise.

Suitable for home use and for the hospitality market.

“This is Exactly what I have been looking for in a natural shampoo! I only use organic products, except shampoo and conditioner as no natural one has ever felt nice…Until now! My extra-long hair loves it and so do I! Thank you.” Jade Gillow-Hurd.

“Love this conditioner and got great results with much less than I usually have to apply. Hair was soft, shiny and felt light. Brilliant product.” Debbie Young.

People with dry, damaged or coloured hair, dry skin and conditions such as eczema, should find a marked improvement by going sulphate free:

“I have used sulphate-free shampoo, body soap, and baby wash exclusively and I have definitely noticed less flare-ups of eczema and dry scalp/dry skin, my hair is less frizzy, and my body feels softer — my hair even seems to respond better to my hair products after each shampoo!” Tamara Floyd.

Posted by Gary Robertshaw at 07:14 No comments: